Meme of the Day 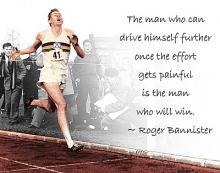 Tomorrowland: The Future Ain't What It Used to Be

One of my most prominent memories of my father is of him telling me, “Sometimes the opposite of war is not peace, but slavery.” I’ve always found that quote compelling for the way it takes a basic, fundamental duality, War vs. Peace, and derives a new insight by questioning its premise. It was in something of the same spirit that, while watching Brad Bird’s new film Tomorrowland, a similar thought occurred to me: Sometimes, the opposite of optimism isn’t pessimism, but cynicism.

Tomorrowland is a movie about the way that we think about the future, and as the old saying goes, the future ain’t what it used to be. There was a time not so long ago when we looked to the days to come and envisioned marvels: Robots that looked and acted human—and not to infiltrate and destroy us, but to be our companions and helpers; personal flying cars; jetpacks as basic transportation; instant food created from practically nothing; limitless energy, and the will to harness it to even more fantastic ends.

Writers like Jules Verne, Robert Heinlein and Hugo Gernsback (honored by the filmmakers with a namesake character) helped us to conjure that vision by writing and publishing stories in the “Gee whiz!” category of science fiction. Around the same time, the great Walt Disney brought forth his own futurist vision of what lay ahead for mankind, first with the Tomorrowland attractions in Disneyland and the Magic Kingdom, then with the “Futureworld” area of Epcot Center. TV shows and movies from “Buck Rogers” to “Star Trek” to “Star Wars” pointed us toward space, envisioning a limitless horizon of possibilities.

There have been other voices in science fiction, however, less hopeful voices, going all the way back to H.G. Wells, and including such names as George Orwell, Harlan Ellison, Ray Bradbury. These writers envisioned some darker possibilities, and warned us of such. Somewhere along the way, it seems that these become the culturally dominant voices, and along with that trend, our visions lost their hope. Now when we look to the future, what we see is often bereft of hope: one loses count of the number of different ways writers have us arriving at some sort of apocalypse, whether nuclear, biogenetic, or zombie. Technology is all too often presented as the boogeyman, the lurking dark waiting to destroy us, and punish us for our collective hubris. Every new solution seems to open a Pandora’s Box of new problems, ever more dire and unavoidable.

Ultimately, this has led to back to one of history’s more anti-humanist ideas: we are doomed because we are corrupt; our destruction is assured because we are, at heart, fundamentally flawed and irredeemable.

But what if we are writing our own self-fulfilling prophecy? What if the future is dark because we’ve lost the ability to envision anything but darkness? This is the central problem that Tomorrowland seeks to address, and it’s a question worth pondering.

George Clooney, the star of Tomorrowland, plays Frank, a disillusioned young inventor, now grown old, weary, and yes, cynical. He has seen his dreams taken away from him, and along the way, discovered one or two terrible secrets about the world and where we are headed. He’s angry, hurt, and yet somehow has managed to harbor a flickering capacity for hope that surprises even him. It’s a pivotal role in the context of the story, and Clooney’s performance does not disappoint. You can see in his eyes the determination that would lead a brilliant boy to push past the voices telling him “No” and “You can’t” and “Give up.” He even manages a ghost of the wide-eyed wonder that the young Frank so eagerly embraced.

A number of critics have quite understandably compared Tomorrowland to Atlas Shrugged, seeing in the film’s futuristic haven distinct echoes of Galt’s Gulch. By this thinking, the young Frank can be seen as a juvenile sort of Hank Rearden or Dagny Taggart. If we must identify Frank with a Rand hero, however, I’d point instead to Howard Roark of The Fountainhead. In an early scene, we see Frank’s father telling him to give up on his dreams, entirely reminiscent of Roark’s “Who’s going to stop me?” brand of determination in the face of naysayers.

Beyond that, though, there’s a rather significant gulf separating Tomorrowland the place from Galt’s Gulch, and Tomorrowland the film from the Rand’s fiction. First, the film goes to some notable lengths to ingratiate itself with conventional liberal/Progressive thinking on issues like climate change, energy policy, and feeding the poor. “You've got simultaneous epidemics of obesity and starvation, explain that one!” sniffs the entirely cynical governor of Tomorrowland, played by the reliably brilliant Hugh Laurie. This haven is not a refuge from the tyranny of government gone wild with destructive altruism and cronyism; it is instead a crèche, a super-technological womb from which ideas may be hatched that will ultimately save the rest of the human world from itself and usher in the brighter tomorrow.

It’s quite easy, in fact, for conservative audiences to find points to criticize in the film. Beyond the obvious deference to modern Progressive thinking on climate change and the economy, there is enough left unsaid in the film to see the refuge of Tomorrowland as an elitist, Progressive playground that eschews the nasty business of seeking profit in a free market. This of course leaves wide open the question of exactly how the place manages to fund itself at all, a question the film never addresses.

Ironically, this same elitism fuels criticism from the opposite quarter—Progressives who resent Brad Bird for his affinity, if not for Rand herself, then at least for heroes whom Rand might have admired. Bird’s heroes are the sort who disregard traditional authority and collective wisdom in favor of their own individualist visions (The Iron Giant and The Incredibles jump most readily to mind). All of which leaves Tomorrowland in an odd sort of ideological limbo, with neither side of the political spectrum quite able to find comfortable ground on which to stand with both feet.

And perhaps that’s the genius of the film.

Leaving behind the preconceptions and criticisms of conventional political thinking, it’s easy to see that what most solidly resides at the heart of Tomorrowland is an optimism for the future built on an unbridled, unabashed individualism. This is not simply Hope for Hope’s sake, but Hope founded on the idea that an individual with a good idea and the faith to pursue it heedless of others’ doubts, can accomplish anything.

While Clooney is the star of the piece, the true protagonist, the hero of Tomorrowland (both the place and the film) is young Casey Newton, brilliantly portrayed by Britt Robertson. Casey is a fierce dreamer; early in the film, we see her in school, faced with teacher after teacher purveying the same tale of doom and misery, whether it’s a science teacher talking about global warming and collapsing glaciers, or an English teacher bringing forth one dystopian tale of woe after another. In every case, Casey raises her hand frantically, almost desperate to ask the question, “…so how do we fix it?” In every case, she is met with helpless silence.  In her spare time, she conducts midnight forays to prevent the dismantling of NASA’s launch platforms at Cape Canaveral, ostensibly to save her father’s (Tim McGraw) job as a NASA engineer, but really because she finds the thought of a space agency that no longer launches anything into space to be untenable.

It is her iron determination to work for a better tomorrow that brings her to the attention of the girl Athena (Raffey Cassidy), a recruiter for Tomorrowland who seeks dreamers like Frank and Casey to help shape humanity’s bright future, and who is much more than she appears. Athena brings Casey and Frank together, and in so doing engineers both Casey’s awakening to the true cost of maintaining hope in the face of all opposition, and Frank’s redemption from despair, his reawakening to his own dreams and idealism.

In both cases, the real obstacle to be overcome is cynicism, the idea that human frailty makes a brilliant future impossible. THAT cynicism is the real enemy; it must be fought with persistent, unwavering faith in human capability to engineer solutions through technology.  It’s on this hinge of innocent, almost naïve hope in human ingenuity that the heart of the film truly rests. This is ultimately a profoundly humanistic story, one which rejects the notion that our natures doom us all to failure, darkness and death.

I’ve said it before, and I’ll say it again: a hallmark of almost all successful storytelling in our culture is that, because we are so wedded to an ethos of individualism, it is virtually impossible to tell a compelling story without appealing to that ethos. The stories that engage us the most, almost without exception, have at their hearts strong, willful protagonists with whom we identify. In this regard not only is Tomorrowland no exception, it sounds the fanfare of individualism with gleeful abandon, and ties our hopes for the future inextricably to the notion that there are brilliant, hopeful individuals who can and will lead the charge into a future brighter than anything we can imagine.